Who is Albert Baas? 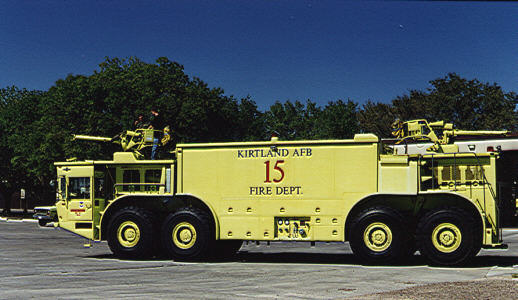 Albert Baas seen on top of this Oshkosh P15

Photo by my girlfriend Karin, oct 1997

I live in Heeten, the Netherlands. I lecture general- and analytical chemistry and laboratory safety at the Saxion Polytechnic Institute in Deventer, and I am a firebuff !!

I started fire buffing when I was 18 years old, but I followed fire trucks on the way to a fire on my bike when I was only 12 years old.
When I got a Canon A1 SLR camera on my 18th birthday I started going to the firehouses to make photographs of the fire trucks. At the moment I still use this Canon A1 camera with a 50 mm lens for photographing fire trucks. I have quite a collection of Dutch fire trucks photos.

On vacations a stop at the firehouses we pass is mandatory. I take any opportunity to talk to the firemen and take photographs of their fire apparatus, so I have photos of US, Canadian trucks too. More photo's on my photo album pages.

In 1989 I participated with my fire truck in the Dutch movie "Elcker" featuring Coen Flink.
A movie about a conflict between the Major of a small city and the fire chief. 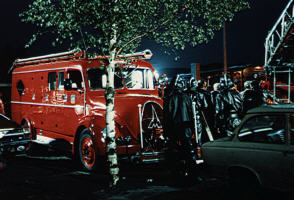 Waiting in front of my firetruck for "Roll camera's, ACTION!!" 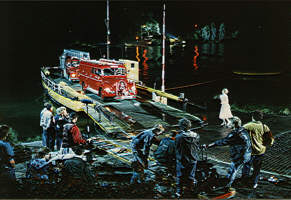