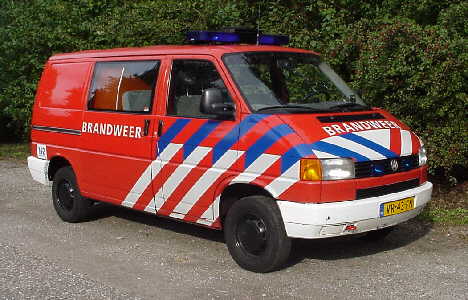 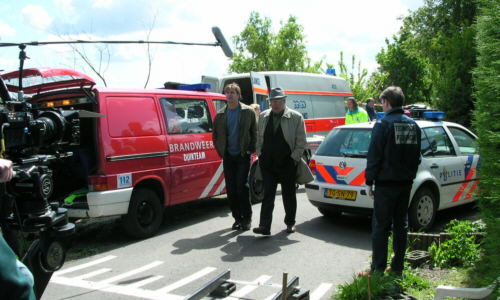 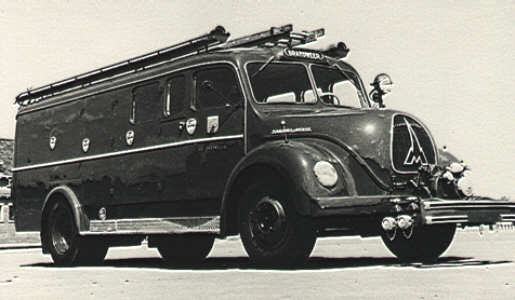 In 1984 I bought this obsolete fire truck from the Veenendaal fire department. The truck was in fair condition, but the original paint was in poor condition, and rust was attacking the bodywork on several places. I restored the truck in about 1 year: the engine needed some repairs, the pump was repacked, chrome work was rechromed, several body parts replaced, and some bodywork was done before a total repaint. Most of the work I did myself, welding and final paint job was done by Sweers Truck Bodies, Terwolde. Careful selection of paint system (Sikkens) and colour (RAL 3001) gave a beautiful result.
With my fire truck I have attended to several fire truck parades, oldtimer truck festivals, a wedding, and some other manifestations. I also participated in a movie. 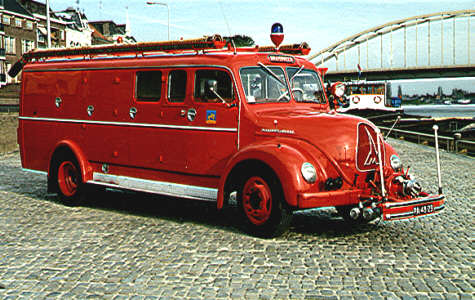 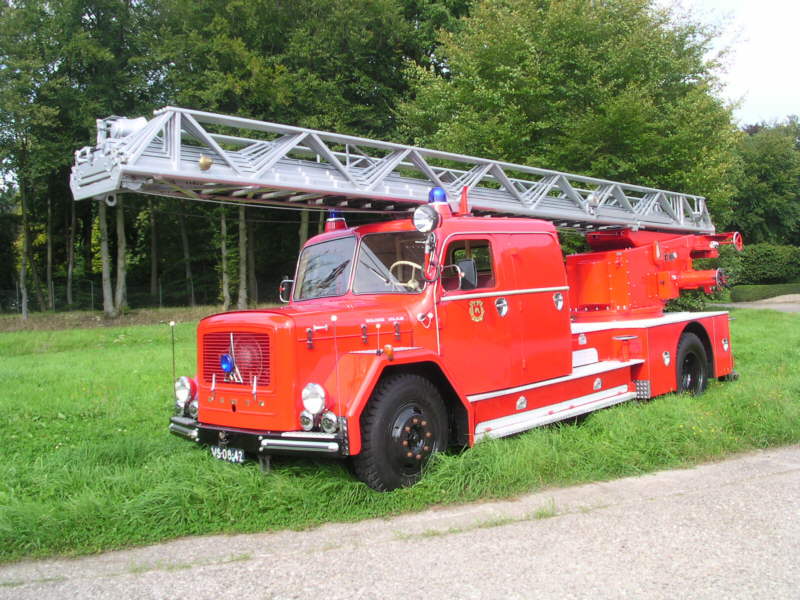 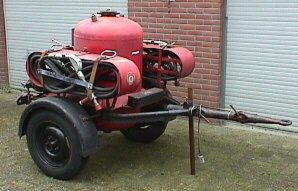 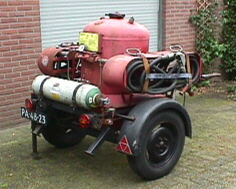 For the owners of a Magirus Deutz truck: